Every year, the Chinese New Year (CNY) holiday comes around and throws newer importers for a loop.

At the time of writing this, it’s August and the holiday is still more than five months away. However, as many seasoned importers will tell you, it’s critical to start planning for the holiday now. Factories will be totally shut down for a number of weeks, and after they reopen, it’s going to take at least a few more weeks for them to get back up to full capacity. 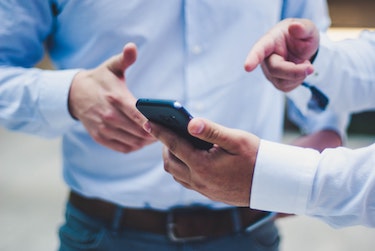 Importers who don’t plan for the holiday in advance will undoubtedly be shocked a few months from now. They’ll try to place an order in December and expect to receive it in February or March. Then, the factory will tell them that they won’t receive it until April or May.

This happens every year, and for importers working with Chinese factories, it’s important to understand the impact of this holiday on their supply chain.

CNY slows business down in a way that no holiday in the US, Europe, or Australia ever does. It also leads to increased quality issues that need to be mitigated around the holiday period.

So, let’s talk about CNY and what importers need to know about it. We’ll discuss its impact along with the impact of other Chinese holidays, some lessons from COVID-19 in 2020, the impact of Lunar New Year in Vietnam, how to forecast your inventory needs, and how to adjust your QC efforts to avoid quality problems.

How Long do Factories Shut Down for Chinese New Year?

During CNY, every factory in the country shuts down… Every factory. The official public holiday only lasts for seven days. But, the majority of factories are fully closed for between two and four weeks.

You may be wondering why a business would shut down for a whole month.

Chinese New Year, also called the Spring Festival, is the country’s most important holiday. Similar to Thanksgiving or Christmas in the US, people travel back home to spend time with their families.

Since most factory workers are migrant laborers, they generally live far away from their hometowns and travel hundreds of miles or more to return home. If they have a husband or wife and children, it may even be one of the only times they get to see them during the whole year.

Companies require long closure times to allow workers to travel home and then back to the city where they work. 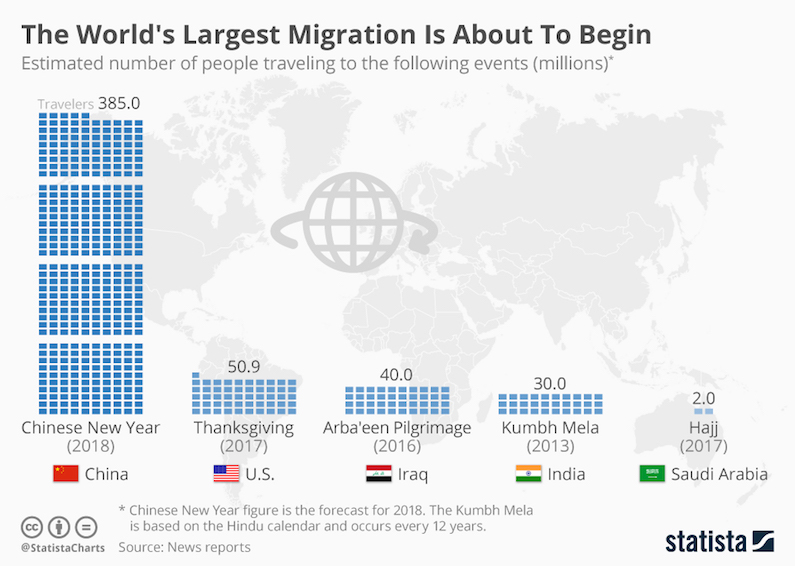 It should be noted that the 40-day period of increased travel around CNY is referred to as Chūnyùn (春运), and is the largest human migration in the world.

What Does This Mean for Importers? 5 Things You Need to Know

With so many people traveling for Chinese New Year and with such long factory closures, there are certain things you need to understand if you want to properly manage your inventory and maintain your expected level of quality.

You might assume that the same workers who left before the holiday will be coming back afterward. This is not the case, as Chinese New Year is generally considered the best time to switch jobs.

Many workers will look to level up and move to another factory. Some will decide to stay in their hometowns and not come back. This means your factory needs to hire new workers and get them up to speed.

This takes time, and factories will not be back to full production levels for about a month after CNY.

Before the holiday, factories are in a mad dash to get orders out the door. This rush leads to more things being missed and there are more quality issues than normal.

After the holiday, new workers need to be hired (as mentioned in point #1). These new workers are more likely to make mistakes than the previous, experienced ones.

This means you should consider stepping up your product inspection efforts in the months before and after the Spring Festival.

In addition to the effect on quality, there is also an effect on shipping. How does Chinese New Year affect shipping?

#3 The Cost of Shipping Around The Holiday Goes Up Drastically

With the long factory closures and the rush to get products out beforehand, manufacturers will generally charge more if you want to ship an order close to CNY.

In addition to your factory taking time off, shipping companies take time off as well. This means that there are heavy volumes going to the ports before the holiday and only a limited number of ships. It also means shipping rates go up.

You need to plan around CNY with your freight forwarder and try to avoid shipping during peak times to lower your costs overall.

Sometimes companies go out of business. In China, the most common time to wrap things up and close forever is Chinese New Year.

That means you should not pay a deposit just before the holiday, as your factory may intend to close permanently and not tell you.

As we’ve discussed, there are a number of factors that affect production. These include the rush before the holiday, the long closure times for CNY, and the ramp-up period afterward.

For any orders that you would normally want to receive in March/April, you should start discussing them with your suppliers by around September/October.

Mark These Dates on Your Calendar

The dates for Chinese New Year and other traditional festivals are based on the Chinese lunar calendar, and thus they change every year, relative to the Gregorian calendar we use in the West.

The Lunar New Year is also celebrated in other Asian countries such as Vietnam and Korea at the same time.

When do Factories Close for Chinese New Year?

In 2021, February 12th is the first day of the Year of the Ox. The official government holiday lasts from February 11th-17th. Keep in mind that factories will close early, in some cases at the end of January, and then reopen in late February. 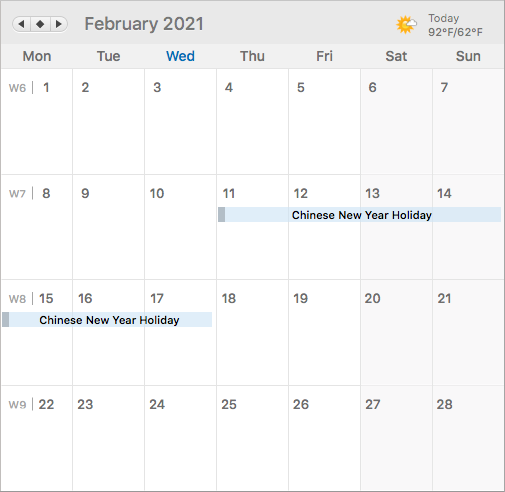 In the next three years, the first day of the new year will be celebrated on the following dates:

Chinese New Year is not China’s only holiday.

Some Other Chinese Holidays to be Aware Of

In addition to the Spring Festival, there are other holidays you should know about. In 2020 & 2021, China has celebrated or will celebrate the following holidays with time off.

While these holidays are nowhere near as significant, they have some impact on shipments.

Communicate with your factory before each holiday to determine which days they will be taking off.

With these dates out of the way, let’s talk about a couple of other things you might be thinking about.

2 Questions Related to the Trade War and Pandemic

The US-China trade war and global pandemic have prompted many importers to make changes in their supply chains. Let’s talk about some questions that come along with this.

2020 has been a frustrating and unusual year for many importers.

The announcement of the new virus at the beginning of the year coincided with Chinese New Year and led to an extension of the holiday. Rather than travel back to their factories, workers stayed with family in their hometowns. 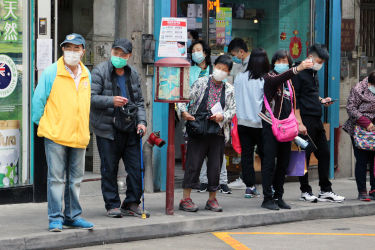 Importers were upset to learn that they couldn’t place new orders after the holiday and that they would not have enough stock to keep up with sales.

Eventually, the rest of the world went into lockdown anyway, demand for different products shifted, and all kinds of new problems arose.

One key thing to take away from this is that the future is never certain. It makes sense to consider putting contingency plans into place. Here are two ways importers are dealing with uncertainty:

With that in mind, many importers are now working with suppliers in Vietnam. It is worth noting that Vietnam also celebrates the same Lunar New Year that China does.

What Impact Does Lunar New Year Have on Factories in Vietnam?

The Lunar New Year is an important holiday in Vietnam to be sure, but the impact on production is not as significant as it is in China. 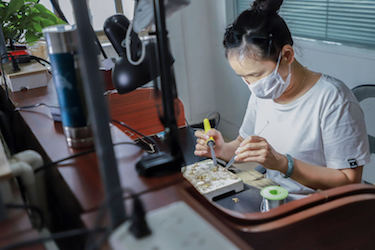 Related Post: Sourcing in Vietnam: a Good Alternative to China?

The official holiday in Vietnam, called Tet, lasts from February 12th-16th in 2021 and factories may take additional days off — sometimes up to two weeks.

Production times may be impacted and quotations may be delayed. However, the delay is not as significant as it is in China, where the impact can span more than a month.

The delays are something to plan for but are not excessive.

So with all that said, what should importers who are working with factories in China do to prepare for CNY?

As we’ve discussed, Chinese New Year is the most important holiday in China and leads to significant factory downtime and increased quality mishaps.

Here are two steps you should be taking in advance of the holiday:

#1 Forecast Inventory Needs Far in Advance and Plan Your Orders

Factories in China are fully closed for 2-4 weeks and take time to ramp back up afterward. In addition, costs go up around this time, so you need to forecast your inventory needs far in advance.

As we’ve already said — for any orders that you would normally want to receive in March/April, start discussing them with your suppliers by around September/October.

Doing so will help you avoid delayed shipments. Then, there is one other thing you should do.

The period before and after the holiday also sees increased quality mistakes. This means you should definitely step up your quality control efforts.

If you don’t conduct a third-party product inspection on every purchase order, consider increasing your frequency.

Inspections are an important part of ensuring the quality of your products so that you can represent your brand in a favorable way to avoid poor reviews and returns.

For more information about inspections, we recommend reading the following white paper.

Please Note: This article was originally written in February of 2019 but has since been updated twice. 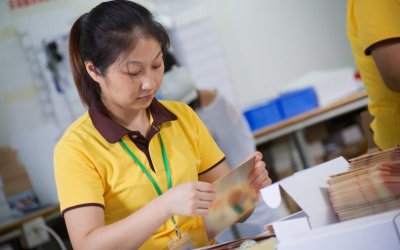 How to Manufacture a Product in China: 3 Important Keys to Success 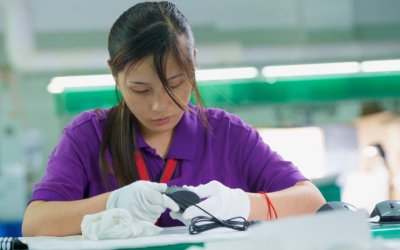 China has carved out a niche as the world's manufacturing powerhouse. According to UN statistics, it accounted for 28% of all global manufacturing output in 2018. The country attained this position by rapidly evolving its business ecosystem, offering low labor costs... 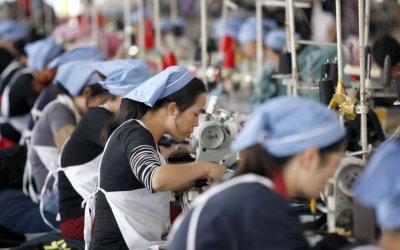 Trading Company or Manufacturer: What is the Best Choice?

The coronavirus pandemic has accelerated e-commerce growth — it’s been forecasted that online sales grew by 32.4% in 2020. The types of products consumers are interested in have also shifted, with exercise bands, kayak accessories, kitchen furniture, and others seeing...