As we close out another year, it is time to reflect on the past twelve months and prepare for a fresh start in 2020.

For importers it was an interesting year, to say the least.

In 2019, the biggest news was undoubtedly the U.S.-China trade war.

We’ve seen successive rounds of escalating tariffs, and just this month, U.S. President Donald Trump announced that he would be canceling the new December 15th round of tariffs as the two countries agreed to phase one of a trade deal.

Where things will go next, no one can say with real certainty, but what we can say is that the relationship between the two countries has strained considerably and had major impacts on global trade.

Many importers have made moves to begin sourcing products in alternative low-cost countries like Vietnam, India, Bangladesh, and others, or have at least considered doing so.

Meanwhile, escalating protests in Hong Kong have affected buyers’ decisions to visit the city for trade shows, and the future direction of the semi-autonomous region remains unclear.

Not all news has to be troubling, though.

In March, at Insight, we celebrated our 5th anniversary as a company after having conducted a total of 16,139 product inspections.

We also expanded our operations in Eastern Europe, adding back-office support to help with inspection report review and distribution.

Our readers gave us great feedback on our blog this year. Here were our top 5 new posts of 2019:

If you haven’t read these blogs already, we recommend you take a look.

In 2020, we look forward to attending many trade shows including the PPAI Expo in January and the ICPHSO Annual Meeting in February, as well as the JPMA Show and Global Sources Consumer Electronics Show in April.

If you’ll be attending any of these events, be sure to connect with us!

As always, we’d like to thank our customers for their continued support. We truly do appreciate you.

We hope you’ve enjoyed a wonderful holiday season and here’s to a great 2020! 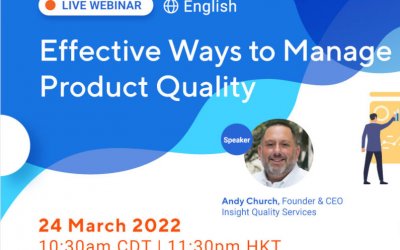 Does managing the product quality from your suppliers and factories, especially when they are far away, give you a severe headache? We have partnered with HKTDC.com on an upcoming Sourcing webinar, in which our founder, Andy Church, will bring you essential tips,... 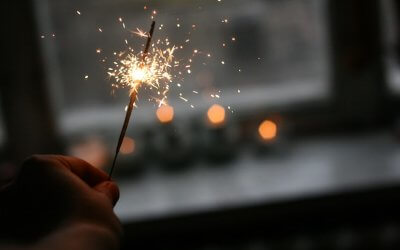 Welcome to 2022. What Can Importers Expect This Year?

2021 was a challenging year for many importers with a frustrating number of supply chain disruptions. From the vessel Ever Given getting stuck in the Suez Canal to numerous lockdowns, port closures, and extreme weather events, things were in a constant state of flux.... 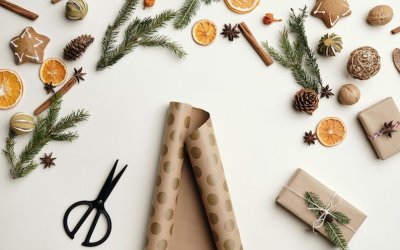 As another year comes to a close, it’s time to reflect on 2021 and ponder what 2022 has in store for us. This was, unfortunately, a challenging year for many people involved in international trade. At the end of last year, most were hopeful that the pandemic situation...